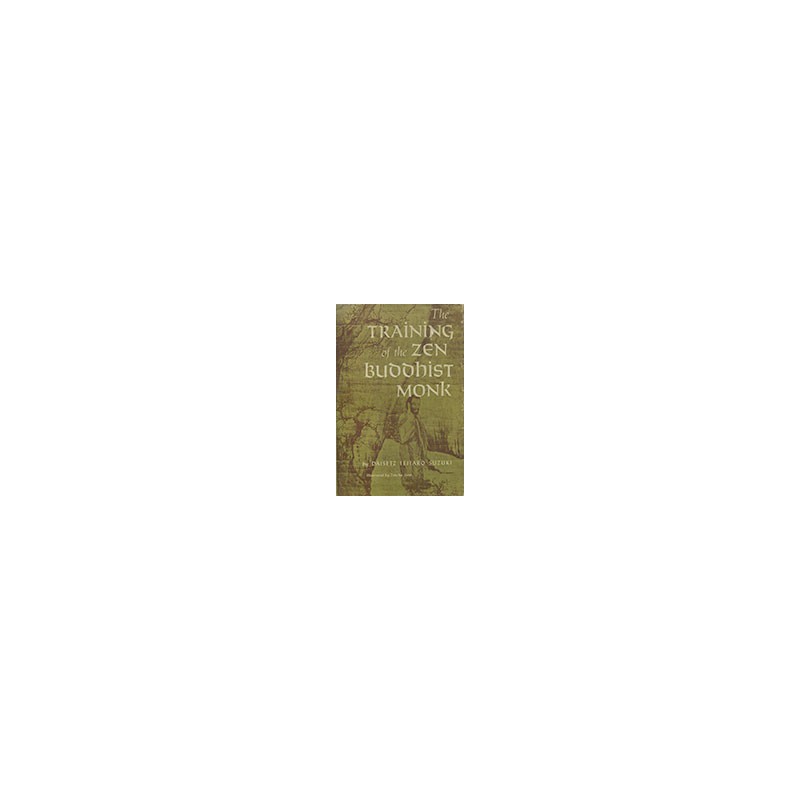 The Training of the Zen Buddhist Monk

Preface:
For those who have not read my previous works on Zen BuddhismI it may be necessary to say a few words about what Zen is.
Zen (ch'an in Chinese) is the Japanese word for Sanskrit dhyana, which is usually translated in English by such terms as meditation, contemplation, tranquillisation, concentration of mind, etc. Buddhism offers for its followers a triple form of discipline: 'Sila (morality), Dhyana (meditation), and Prajña (intuitive knowledge). Of these, the Dhyana achieved a special development in China when Buddhism passed through the crucible of Chinese psychology. As the result, we can say thatZen has become practically the Chinese modusoperandiof Buddhism, especially for the intelligentsia. The philosophy of Zen is, of course, that of Buddhism, especially of the Prajnaparamita highly coloured with the mysticism of the Avatamsaka. As Zen is a discipline and not a philosophy, it directly deals with life; and this is where Zen has developed its most characteristic features. It may be described as a form of mysticism, but the way it handles its experience is altogether unique. Hence the special designation Zen Buddhism.
The beginning of Zen in China is traditionally ascribed to the coming of Bodhidhanna (Bodai Daruma) from Southem India in the year 520. It took, however, about one hundred and fifty years before Zen was acclimatised as the product of the Chinese genius; for it was about the time of Hui-nêng (Yeno) and his followers that what i now known as Zen took definite shape lo be distinguished from the Indian type of Buddhist mysticism. What are then the specific features of Zen, which have gradually emerged in the history of Buddhist thought in China?
Zen means, as I have said, Dhyana, but in the course of its development in China it has come to identify itself more with Prajña (hannya) than with Dhyana (zenjo). Prajña is intuitive knowledge as well as intuitive power itself. The power grows out of Dhyana, but Dhyana in itself does not constitute Prajña, and what Zen aims to realise is Prajña and not Dhyana. Zen tells us to grasp the truth of Sunyata, Absolute Emptiness, and this without the mediacy of the intellect or logic. It is to be done by intuition or immediate perception. Hui-nêng and Shên-hui (Jinne) emphasised this aspect of Zen, calling it the abrupt teaching in contrast lo the gradual teaching which emphasises Dhyana rather than Prajña. Zen, therefore, practically means the living of the Prajñaparamita.
The teaching of the Prajñaparamita is no other than the doctrine of Sunyata, and this is lo be briefly explained. 'Sunyata which is here translated emptiness does not mean nothingness or vacuity or contentlessness. It has an absolute sense and refuses lo be expressed in terms of relativity and of formal logic. It is expressible only in terms of contradiction. Il cannot be grasped by means of concepts. The only way lo understand it is lo experience it in oneself. In this respect, therefore, the tenn 'sunyata belongs more lo psychology than to anything else, especially as it is treated in Zen Buddhism. When the masters declare: Turo south and look at the polar star; The bridge flows but the water does not; The willow-leaves are not green, the flowers are not red; etc., they are speaking in terms of their inner experience, and by this inner experience is meant the one which comes to us when mind and body dissolve, and by which all our ordinary ways of looking at the so-called world undergo some fundamental transformation. Naturally, statements issuing out of this sort of experience are full of contradictions and even appear altogether nonsensical. This is inevitable, but Zen finds its peculiar mission here.
What Indian Mahayana sutras state in abstract terms Zen does in concrete terms. Therefore, concrete individual images abound in Zen; in other words, Zen makes use, lo a great extent, of poetical expressions; Zen is wedded to poetry.
In the beginning of Zen history, there was no specified method of studying Zen. Those who wished lo understand it carne lo the master, but the latter had no stereotyped instruction lo give, for this was impossible in the nature of things. He simply expressed in his own way either by gestures or in words his disapproval of whatever view his disciples might present lo him, until he was fully satisfied with them. His dealing with his disciples was quite unique in the annals of spiritual exercises. He struck them with a stick, slapped them in the face, kicked them down lo the ground; he gave an incoherent ejaculation, he laughed at them, made sometimes scornful, sometimes satirical, sometimes even abusive remarks, which will surely stagger those who are not used lo the ways of a Zen master. This was not due to the irascible character of particular masters; it rather carne out of the peculiar nature of the Zen experience, which, with aIl the means verbaI and gesticulatory at his command, the master endeavours to communicate to his truth-seeking disciples. It was no easy task for them lo understand this sort of communication. The point was, however, not to understand what carne lo them from the outside, but to awaken what lies within themselves. The master could not do anything further than indicate the way lo il. In consequence of aIl this, there were not many who could readily grasp the teaching of Zen.

This difficulty, though inherent in the nature of Zen, was relieved a great deal by the development of the koan exercise in the eleventh century. This exercise has now become the special feature of Zen in Japan. Koan, literally meaning official document, is a kind of problem given lo Zen students for solution, which leads to the realisation of the truth of Zen. The koans are principally taken from the old masters' utterances. Now with a koan before the mind, the student knows where to fu his attention and lo find the way to a realisation. Before this, he had to grope a!together in the dark, not knowing where to lay his hand in his search of a light.

The koan exercise is no doubt a great help lo the understanding of Zen, but at the same time it is liable to lower the spiritual quality of the students who come to study Zen. Systematisation in one sense means popularisation, for things become easier lo comprehend by being put in order. But this democratic diffusion tends to kill the chance for originality and creativeness, and these are the characteristics of the religious genius. System does not permit irregularities, they are generally excluded from it. But in Zen these irregular leapings are the thing most needed, although the koan exercise is a very flexible system and by the judicious use of it the master is able lo educate his students in full accordance with the real spirit of Zen.
Zen came to Japan in the thirteenth century when the Kamakura government under the Hojo family was having its heyday. Il was atonce embraced by the military class. Being direct and not requiring much learning, it was the very thing for the Hojo warriors. Japanese culture under the Hojo regime is noted for its austere simplicity, and for its vigorous creativeness, especially in religious thought: great Buddhist leaders were produced, who founded new schools of Buddhism; most Zen monasteries of the first importance were established; and the rise of Bushido the Warrior's Wayis coincident with the spread of Zen among the warrior class. The art of fencing too owes a great deal lo the teaching of Zen, for it is deeply imbued with its mystic spirit. That the Japanese sword is lo be used with both hands and that the Japanese warrior never carries a shield, always bending on attack, show how well the samurai appreciates the practice of Zen, in which the idea of going-straight-ahead-nessI is strongly emphasised.
Zen has had far more in Japan than in China to do with the moulding of the character of her people and the development of her culture. That is perhaps one of the reasons why Zen is still a living spiritual force in Japan, while in China it has almost ceased to be so. The Zendo (Meditation Hall) in Japan is visited by youths of character and intelligence, and that Zen tradition is very much a living fact is shown by the sale of books on Zen. Many devoted followers of Zen can be found among business men, statesmen, and other people of social importance. The Zendo is thus by no means an institution exclusively meant for the monks.
There are at present over twenty such institutions in Japan which belong lo the Rinzai branch of Zen. In the Soto branch too there must be many, of which, however, I am not so well informed, and what is described in the following pages is principally applicable lo the Rinzai. While both the Rimai and the Soto belong lo Zen, they have been differentiated from each other in the course of their history in China, but much more emphatically in Japan.
Il is impossible, as I maintain, in the study of the Orient, especially in the study of Japanese character and culture, to neglect much less to ignore the influence of Zen. Zen ought lo be studied not only in its theoretical aspect as a unique product of the Oriental mind, but in its practical aspect as is lo be seen in the Zendo life. This is the chief motive for my writing this book, which is fully illustrated by Reverend Zenchu Sato, of Tokeiji, Kamakura.
He is not a professional painter, but being one of those who have gone through all the disciplinary measures pertaining to the Zendo life, he is thoroughly imbued with its spirit, and what he has depicted here is the record of his own experience.
I have added many Zen interviews or dialogues or stories of the ancient masters culled somewhat at random from a work entitled Zen-rin Rui-shu in twenty fascicules. It is quite a handy book,givingZen stories under classified headings; unfortunately, it is now a rare book. 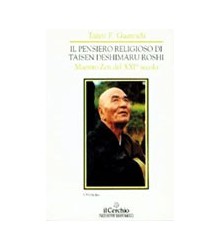 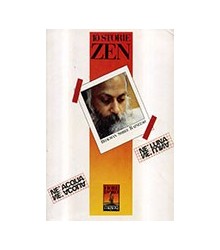 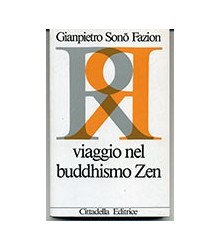 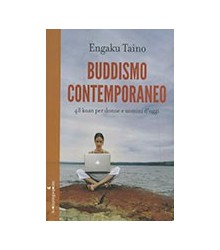 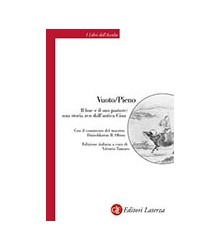 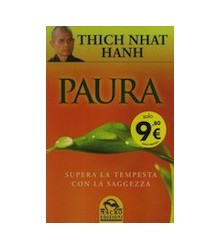 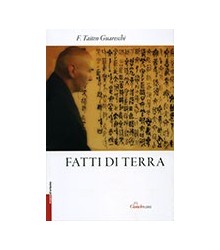 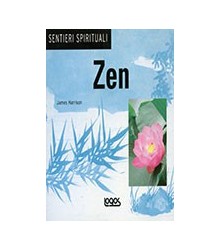 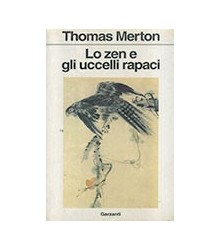 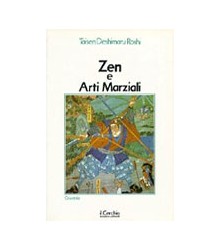 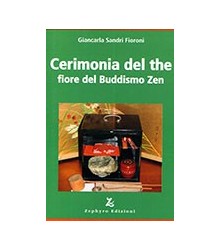 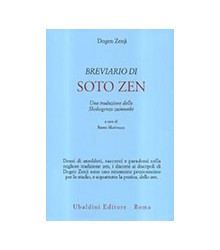 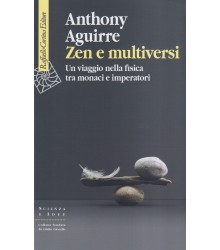 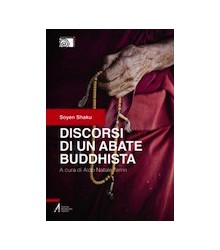 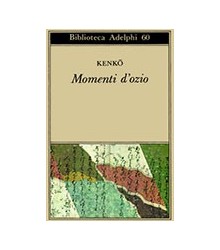