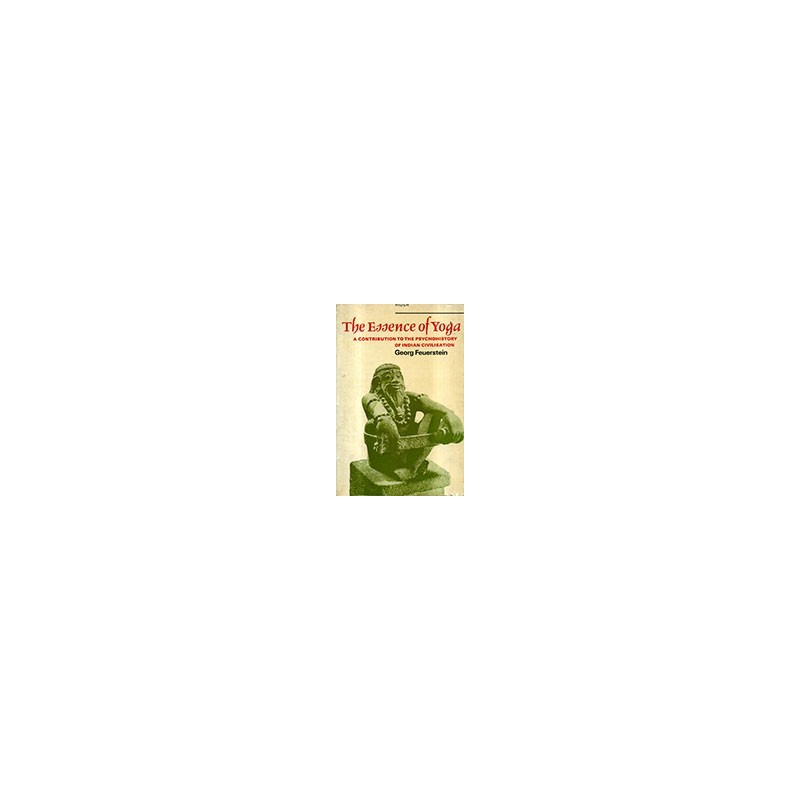 The Essence of Yoga

A contribution to the psychohistory of Indian civilisation
Feuerstein Georg

The object of this book is to delineate the fundamental criteria which underlie the historical development of Yoga and also its manifest philosophical and practical aspects. For this purpose the author has availed himself of the theory of consciousness structures formulated by the late Professor Jean Gebser, the cultural anthropologist.

The central idea developed in this study is this: Yoga is not the uniform phenomenon which past criticism has supposed it to be, but embraces two great tendencies which must be strictly distinguished. The one may be referred to as the magic-mythic structure of consciousness, whilst the other shows distinct holistic traits. Both tendencies have co-existed and overlapped, complementing each other in the long history of Indian civilisation. Together both are responsible for the unimaginable wealth of experiential and philosophical knowledge which India holds in store for the unbiased western inquirer.

The book offers a cross-sectional view of the entire complex of Yoga whose essential stratification is exposed and identified.

In the first part, which deals with the mythic variant of Yoga, the eightfold path of Classical Yoga is analysed in depth with occasionai complementary side-glances to Buddhism and other soteriological traditions. The second part treats of the integrai components of Yoga, highlighted in the example of the Bhagavad-Gita, as the oldest model of integrai Yoga, Mahayana Buddhism, Tantrism and Hathayoga. In the final section the urgent and difficult question of the significance and meaning of Yoga in contemporary western society is broached and a possible solution is indicated.

The book is based on originai research and criticai examination of the Sanskrit sources. The author succeeds in throwing valuable new light on many intricate problems connected with the study of Yoga and the larger question of the confrontation between East and West. With its wealth of materialmuch of it new-the book also has many stimulating ideas and solutions. It is of relevance to everybody who has a serious interest in Yoga, and in its present form can serve as a generai introduction to the study of this ancient component of Indian civilisation.

YOGA AS SEARCH FOR ONENESS

The Transformation of Consciousness

Unification as a Bi-polar Process

Sarvam Duhkham- The Omnipresence of Suffering

The Wheel of Life and Death

The Mechanics of Renunciation

The Crisis of Inner Awakening

Excursion: On the Term 'yoga'

From Multiplicity to Unity

Posture as Immobilisation of the Body

The Introjective Function of Breathing

To the Phenomenology of Enstatic Consciousness

From Oneness to Integrity

The Yogin on the Battlefield

Emancipation as A wakening in God

The Mahayana: Holistic Breakthrough in Buddhism The Tantric Revolution

The Philosophy of the Body